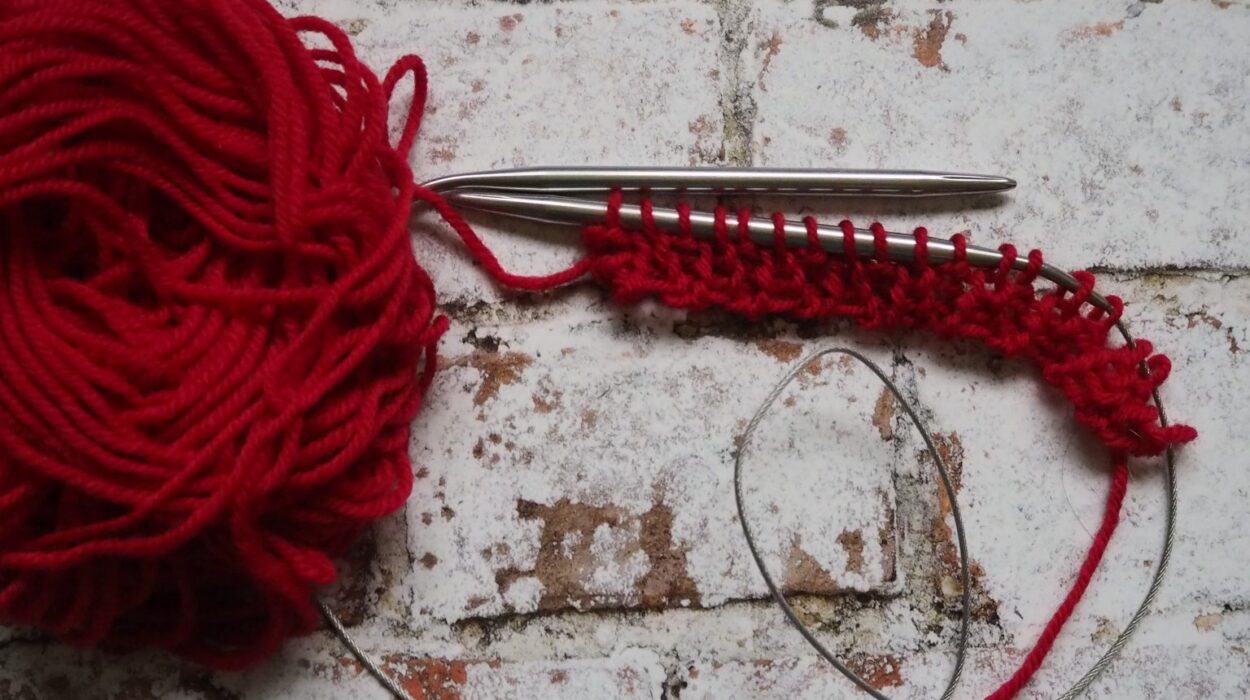 Yesterday I started a new sweater in which the stitches are gathered in Italian. I had not seen this way of starting knitting, but I remembered it very quickly and decided to show it in Bulgarian 🙂 It is useful for starting an elastic band.

Here is the description:

Distribute the thread on the thumb and forefinger of the left hand and grasp the two threads with the other fingers.

Place the needle under the thread in the middle between your fingers.

You pass over the thread near you.

Then go under the same thread and return to the middle – so two stitches are formed.

You pass the top of the thread away from you.

Then go under the two threads.

From the middle you pass over the back thread.

You go under both threads and return to the middle.

You go under the back thread and return to the middle.

Knit face, wrapping as many stitches as you need.

On the next row, knit face, wicker, until you reach the last two – the wicker stitch and the rest of the thread from the beginning in the middle – these two knit as one wicker.